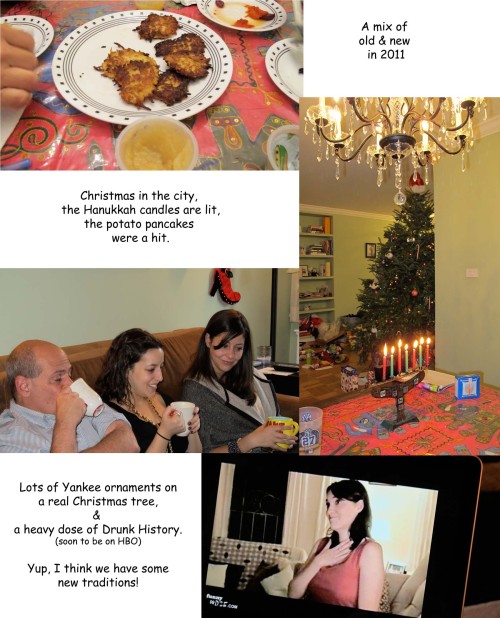 After the potato pancakes the girls opened their presents. Rachel’s steamer was a hit. She set it up and started steaming her clothes. Hannah pulled off her dress and put it on minutes later — wrinkle free!

Watched a few episodes of Drunk History and then it was time for dinner. We had 7:30 reservations at Les Halles Park Avenue.  Eh, more on that tomorrow.