I went outside to paint a small sample on the side of the house and that’s when I saw them . . . all of them. they were big and happy. Dandelions, happy healthy dandelions . . . all over the place. Well, I’m happy to report that I snapped the tap on every one of them. 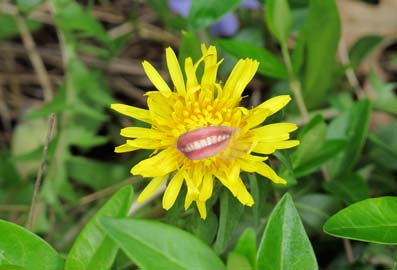 I was panicking because I spoke to my painter and he wants to start prepping the house this week. Wanted a turquoise color but think I like the wythe blue. Can’t seem to find a turquoise I like. Decision making time. More on this after I get Drew feedback. 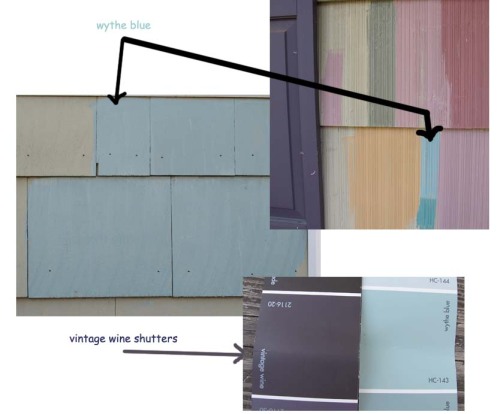 Would you still visit me?

Ran into Laurie at Pat’s Farm this afternoon. We’ve been veggie buddies for years. We were both part of a CSA. Every year we would sign up for weekly shares at Golden Earthworm. We took turns picking up the shares. Every year I say it will be my last. I love the veggies but one little piece of broccoli does not a meal make. Potatoes we don’t eat and I always need to fill in lots around the edges.

This year I didn’t renew. I hope I won’t be sorry. Laurie signed up. Hope she doesn’t start emailing me during the season to tell me how good the arugula is, or the beets, or lettuce, or ahhhhhhhhhhhhhhh . . . what did I do? I’m going to have to find a good local farmers market.

Laurie was buying nuts and yogurt today. She was looking for lemon yogurt. I told her about the chocolate yogurt I buy once in a while in Trader Joe’s. And then she said, “Have you tried the mint yogurt from Trader Joe’s? It’s the best.” I’ve been thinking about it all day but I was nowhere near Trader Joe’s — and with gas over $4.00 a gallon I like to consolidate my travels. Maybe Wednesday for mint yogurt.

I’m mentioning all this because today I bought an impulse item — mint chocolate chip gum. I don’t know what got into me. Must’ve been all that talk about mint and chocolate. I was on line at the store and I saw New Extra Dessert Delights, sugarfree gum. I opened up the packet to this: Have Your Dessert & Chew it Too! I’m chewin’ but this ain’t no dessert!

My in-depth review of The Book of Mormon: Fabulous, absolutely fabulous. Best musical ever.

These are a few of my favorite things. No, wait, I’ve got it all wrong — these are a few of the items we are packing to bring to the girls in the city today. Maybe I’ll throw in some paper towels too. Already gave the Indian soup packets last week, along with lots of leftovers.

Our Passover leftovers are gone. The only thing left is the fresh white horseradish that I made. I wanted to give some out as goodie jars for Passover but I forgot — It’s always something! Mmmm, plenty of Bloody Marys in our future!

Fell asleep through most of Resident Evil: Afterlife — at least Drew said I did. I thought I saw plenty but, regardless, it was a good nap. What do you expect after a bottle of wine. (Afghan restaurant was BYOB — a definite plus!)

Movie over, Drew has the remote and flips, flips, flips, or should I be saying surfs? Is he channel surfing or flipping the channels? Ended up watching 12 Monkeys (again). Probably the next time I watch it I will remember the ending.

Off to the city soon and probably will be too tired to write anything later.

Today: Family day in the city.

Hannah just texted me: I recommend you come in early and walk around. It’s so nice out.

My response: It’s hot. (Yes, already complaining about the heat.)

Tomorrow: Read my in-depth review of The Book of Mormon.

He says: What do you want to watch on tv?

He means: Let me play with the remote and scan every single movie and tv show available and then I’ll fall asleep with the remote in my hand and that will determine what we will watch.

This game usually lasts between 45 – 60 minutes and it’s so one-sided. Sometimes I even say, “How bout watching this or this. This sounds good.” But there is no stopping Drew. When he gets the remote in his manly hand he is in command (sort of.) I am usually sitting up on the couch at the beginning but I soon lay down under the blanket on the couch. First I stare at the tv and get dizzy, then I stare at the ceiling, then I fall asleep. By the time Drew has settled on a movie or a reality cooking show we are both dozing.

Sometimes we settle on a show with commercials. The commercials come on and Drew’s thumb (yes, the damaged one) is again in motion. Occasionally, he will forget to go back to whatever it is we are watching and we miss all the important stuff — the killer reveals himself, the winning run is scored, Kirstie falls on DWTS, American Idol decides, someone gets chopped  — there’s no telling what. Other times he’s ready to put a show on but gets distracted. He starts deleting this and then decides to tape something else. AHHHHHHHHHHHHHHHHH!

Resident Evil marathon today. Dinner at an Afghan restaurant near Drew’s new office — real tasty. Not sure what town it is but it was on Hillside Avenue near Marcus Ave. Will have to get the name of it.

Tomorrow is Family Day — Reservation at Poco in East Village for brunch, then off to see The Book of Mormon. Can’t think of a better way to spend Easter Sunday in the City!